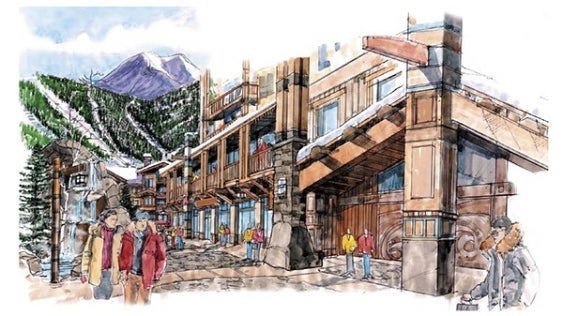 The $3.5 billion proposed Garibaldi at Squamish year-round resort has been granted a conditional nod from the province.Environment Minister Mary Polak and Forests, Lands and Natural Resource Operations Minister Steve Thomson announced the decision in a news release Friday afternoon.“The certificate conditions were developed following consultation and input from Squamish Nation, government agencies, local governments, communities and the public,” reads the release.The environmental certificate has 40 conditions attached, including limiting the rate of groundwater withdrawal from the Paradise Valley aquifer; monitoring of daily water consumption and the levels of the aquifer and develop a web-based tool to allow live public access to this information; completing a study that determines potential effects from the construction and operation of groundwater pumping on the side channels of the Cheakamus River; and providing at least 10 per cent of the resort bed units as employee housing.“This is an important step, but not the final step,” said Jim Chu, vice-president of the Aquilini Investment Group.“The next step for this project is to listen and work in cooperation with the community, local governments and other stakeholders to ensure that this project is done right. We expect this process to take at least two years.”The District of Squamish and Resort Municipality of Whistler, among others, have opposed the project.On hearing of the approval Friday, Mayor Patricia Heintzman said the district has on multiple occasions raised significant concerns about the project, including the socio-economic and environmental impacts, size, scale and layout.“Ultimately, local government’s authority will have decision-making power over size, scope and land use through a possible boundary adjustment and regulatory processes as laid out in the regional growth strategy, Official Community Plan and zoning bylaw processes,” she said via email. “We will do our due diligence now to review the 40 conditions laid out by the province, to evaluate and understand the minister's rationale with regard to her decision and to work to continue to best represent the community’s interests moving forward.”Squamish Nation Chief Ian Campbell said the Nation had been involved with the EA process from the start and conducted a “rigorous” review.“Although the project is controversial, Squamish Nation is comfortable that its cultural and environmental interests have been protected and that it will share appropriately in the economic benefits of the project,” he said.Some of the economic benefits the Nation will enjoy are revenue sharing, real estate opportunities, employment, training and contracting as well as a 10 per cent stake in the project.The Nation has achieved the ability to approve management plans for the project to ensure their interests are being included in these plans, Campbell added. “This provides Squamish Nation control to protect its cultural and environmental interests.”Squamish Nation will obtain a license over a wilderness area that will be equal in size to the project area to practise its aboriginal rights, he said.The Aquilini Investment Group and Northlands Properties are planning the development for atop Brohm Ridge.The resort would imitate European resorts, according to the proponents, and include 23 ski lifts on 124 developed ski trails, as well as both private and commercial accommodations. The project would create 2,400 direct full-time equivalent jobs and 6,000 jobs overall, the proponents said.The overall resort area would be 2,759 hectares and include accommodations for 22,000, as well as restaurants, skiing and mountain biking trails. A Garibaldi at Squamish fact sheet indicated it would generate $50 million in additional tax revenue.The year-round resort proposal includes four major phases, which will be built over an estimated 20-year construction period on Crown land on Brohm Ridge.The proposal still has several steps left in the approval process including, among others, local government approval of a master plan by the Ministry of Forests, Lands and Natural Resource Operations.In 2010, ministers ordered additional assessment be undertaken on an earlier application that was for a much larger project, which included two golf courses.MLA Jordan Sturdy’s office said he did not yet have a comment on the decision.
@ Copyright 2016 Squamish Chief