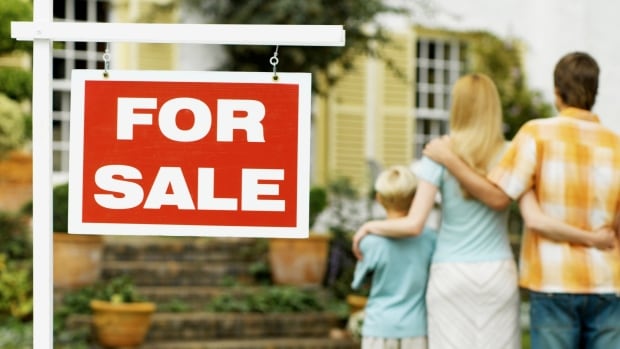 CBC News Posted: Jul 03, 2015 10:53 AM PT
Families looking for detached homes in Vancouver are finding it tougher and tougher to land that dream as June figures prove it is the hottest real estate market for detached homes on record. (Getty Images/Stockdisc)
As economists warn that Canada is tipping into a recession, it seems nobody has told the Vancouver real estate market. It had the hottest June on record, according to the Real Estate Board of Greater Vancouver.
"Demand in our detached home market continues to drive activity across Metro Vancouver," said Darcy McLeod, the board's president.
"There were more detached home sales in the region last month than we've seen during the month of June in more than 10 years."
Last month was also the fourth in a row with more than 4,000 properties sold, and prices continue to rise.

A detached home in Greater Vancouver rose in price by 14.8 per cent in the past year, to sell at $1,123,900.
The composite benchmark price for all residential properties in Metro Vancouver rose 10.3 per cent to $694,000.
Sales totals reached 4,375 in June, a 28.4 per cent increase compared to a June 2014 tally of the Multiple Listing Service (MLS).
June 2015 sales totals were 29.1 per cent higher than the 10-year average for June in Vancouver.
The last time this many residential homes sold was back in May of 2005, when 4,434 were recorded.
"Housing market activity comes in cycles; we're in an up cycle right now that looks similar to the mid-2000s," McLeod said. "
"Conditions today are being driven by low interest rates, a declining supply of detached homes, a growing population, a provincial economy that's outperforming the rest of Canada, pent-up demand from previous years and, perhaps most importantly, the fact that we live in a highly desirable region," McLeod said.